Master Nardizzi was re-elected as President of ITF-England in the election of ITF-England officers at the AGM on 18th November. Two other TKD Impact masters were also elected. Master Kim Anderson became Vice-President and Master Russell Dennis became Technical Director. They will serve 2 years in office and will be working to promote the development of Taekwon-Do in this country.

Master Nardizzi said 'I am very pleased to be re-elected. During my first two years of office from 2010-2012, we, the Board of Directors, worked hard to re-structure ITF-England to be a well organised and democratic association. We voted in a new Charter and Bylaws based on freedom and fairness, which will bring stability into the organisation. Having achieved that, we are now in a position to move the association forward. There are many instructors in England working outside the framework of the ITF. One of our aims is to bring them back to the ITF and get them to realise that ITF-England is a well structured organisation that is based on true Taekwon-Do principles and is focused on being a service to it's members rather than being a political tool to manipulate its members, as is often seen in organisations like this.'

The new Board of Directors of ITF England are: 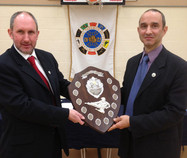 The next grading will be 26th January.

The ITF World Cup will take place in Brighton, England.

Congratulations to Will, Jamie and Toby for passing to 8th kup Yellow Belt.﻿

The next Colour Belt Grading is set for 4.45 pm Saturday 15th September at Balfour Junior School, Balfour Road, Brighton. This will be held in the Sports Hall.﻿

Vicky and Aimee with Jade Jones at the Olympics 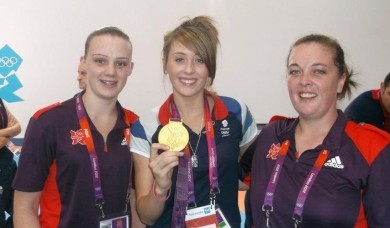 Vicky Smith and Aimee Stone have been helping out the Taekwondo competitors at the Olympics over the last few weeks. Well done to them and congratulations to all of Team GB.

Master Nardizzi with the Olympic torch 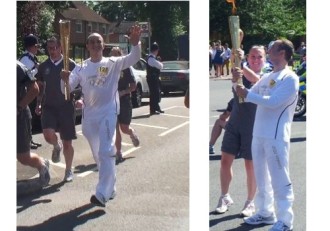 With only four competitors entering this year and three of those having just turned 13 years old and moving up a division to 13-17 years category we weren’t expecting much in the way of medals.

Lewis Mott however managed to repeat the Bronze medal he won in patterns last year with another this year.

Out of the juniors that just left George Gathern who was hoping for something in sparring. Being the only one in micro weight he was put in next group up and faced some much larger opponents to no avail.

Gary Cozens also entered in the competitively fought Black Belt seniors division and although doing well he didn’t quite make the medal positions.

Well done to all those who competed and special thanks to Emily Hayes who represented us as one of the Black Belt officials. 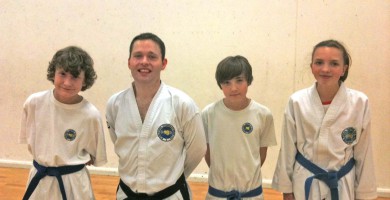 Master Nardizzi selected to be an Olympic torchbearer

Master Nardizzi will be carrying the torch on 23rd July in the Merton area.

Taekwon-Do Impact Open Championships for individuals at the University of Brighton Sports Centre, Village Way, Falmer, Brighton, BN1 9PH on Sunday 8th July 2012.
The competition is open to Black Belts and colour belts Yellow Tags to Black Tags. It is split into four age categories: Under 13’s; 13-17 yrs, 18+yrs and Veterans. The events are Sparring, Patterns, Special Technique (Under 13’s and 13-17yrs), Power (18+yrs only).﻿ 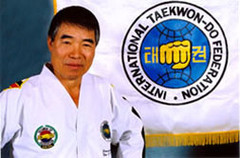 Saturday 16th June. First Grandmaster Rhee Ki Ha IX Dan is a living legend. A pioneer master, the first ever to be promoted to grandmaster, and declared the “best ever student of Taekwon-Do’ by the Founder – General Choi Hong Hi. This is a unique opportunity to train and learn with one of Taekwon-Do’s true greats.

The next Colour Belt Grading is set for 4.45 pm Saturday 14th July at Balfour Junior School, Balfour Road, Brighton. This will be held in the Sports Hall.﻿

Congratulations to Will and Jamie for passing to 9th kup Yellow Tag.

The next Colour Belt Grading date has changed to Monday 14th May 6:30pm at Balfour Junior School, Balfour Road, Brighton. This will be held in the Sports Hall﻿.

Open to all Blue Belts and above.

Secound round of the Taekwon-do Impact School League

For Under 13′s Green and Yellow Belts

In preparation for the ITF World Cup, and other international events, Taekwon-Do Impact is running squad sessions conducted by the Association Coach.

If you intend to represent TKD Impact in the upcoming World Cup, or other international events, you will need to attend these sessions.

The first ever round of the Taekwon-do Impact School League

For Under 13′s Blue and Red Belts

See your instructor to get an entry form.

Congratulations to Lewis for passing to 4th kup Blue belt.

The next Colour Belt Grading is set for 4.45 pm Saturday 21st January at Balfour Junior School, Balfour Road, Brighton. This will be held in the Sports Hall.

The course will be conducted by the ITF Technical Committee;

Taekwon-Do offers a total body fitness workout which will enable a person to lose excess pounds and develop a good toned physique.

Taekwon-Do is a very effective, practical and complete system of self defense. Due to the nature of training a person will develop the ability to perform fast powerful movements.

Want to become a member?